In October 1977, Keith Jackson, a sports reporter for ABC News, told the world what the Bronx had known for almost a decade – New York City had abandoned them.

Jackson, who was announcing the second game of the World Series that year, noted from the press box at Yankee Stadium a large structure fire burning in South Bronx.

Without ever saying it directly, Jackson crafted the living metaphor of a burning South Bronx, a symbol of how a shattered local economy and an incoherent leadership strategy at every level of government left residents to fend for themselves. 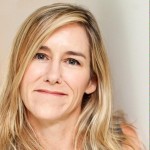