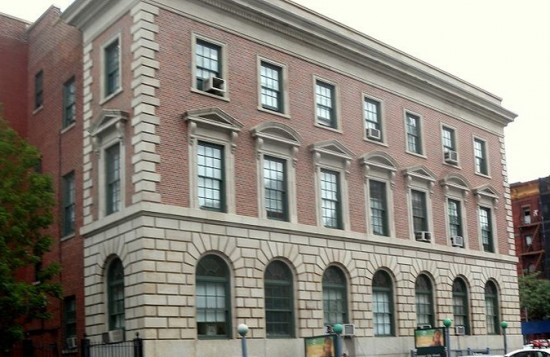 Frustrated community members got a chance to air their concerns over Mott Haven’s high crime rates at a public forum that the NYPD says it plans to make into a regular occurrence.

Some 50 residents met with officers from the 40th Precinct at the new Bronx CoWorks on 2825 Third Avenue near the Hub during the last week in June, to vent about declining quality of life in the area and to hear how the command plans to address the problem.

While crime rates around New York City have plummeted in recent years, they have spiked locally. NYPD has responded by hiring additional officers and deploying eight Neighborhood Coordination Officers. The job of the NCOs is to not only catch the crooks, but to get to know the people they are protecting, in a way modern-day officers rarely do. The pilot project was launched in some city neighborhoods two years ago, then in Mott Haven in early 2016. It calls for groups of two officers each to patrol select parts of a neighborhood and establish trust with residents and businesses in the small radius they cover, similarly to the beat cops of olden days.

“It’s the summertime. The streets are going to get a little bit more crowded,” said Officer Hector Espada, a community affairs officer at the 4-0. “We’re trying our hardest to make sure that everyone in the neighborhood feels safe.”

NYPD brass say they will hold the forums every three months, to complement the Community Council meetings the precinct holds with the public at Lincoln Hospital on the first Wednesday of every month.

One local resident, Braiamah Issah, 51, came to the meeting to learn if further measures are planned to protect the Alexander Avenue mosque he attends, Jasjid Ebun Abass. A pellet gun was fired at the mosque during Ramadan, resulting in a cracked window at a store on the property. The incident, which occurred while a patrol car was posted outside the Mosque, has led to an investigation into a possible hate crime.

“We’re going to be more safe for what they are planning to do in our community,” said Issah.

One exasperated resident wasn’t as optimistic, echoing the concerns of many who have said they’re fed up with the profusion of methadone clinics around the Hub for years. She said she routinely sees used syringes littering the sidewalks around Courtlandt Avenue where her daughter walks past every day on her way to school. At a meeting of Community Board 1 several days afterwards, an officer told the board that police recently cleared out an abandoned area known as “The Hole” on St. Ann’s Avenue, where heroin addicts were known to shoot up and that was routinely littered with syringes and other drug paraphernalia.

The beleaguered 4-0 has stood as an anomaly among the city’s precincts. Violent crime has fallen to record lows in recent years citywide, but local crime rates are still climbing. According to NYPD CompStat data, felony assaults doubled during the week the meeting was held—the last week in June—compared with the same period last year, from seven to 14. Grand larcenies were up from 10 to 15. One resident at the meeting said she knew of someone who was recently robbed of $800 near her building.

Residents registered other concerns, too, such as persistent loitering and discarded syringes on the streets near the Hub, and drug dealing on and around Brook Avenue. The precinct says it has heard residents loud and clear, and is responding.

“Yesterday we went to a spot where we’d be sure they’d be selling and we stood there for two hours,” said Officer Harrynson Lopez, after the forum. “A lot of people were thanking us because they were getting tired already. You can’t even walk by because you see people on the streets selling drugs.” He and another officer will be patrolling 149th Street and Brook Avenue south to Port Morris. Two other officers will be looking out for all of Mott Haven. Hours and the specific patrol location will vary.